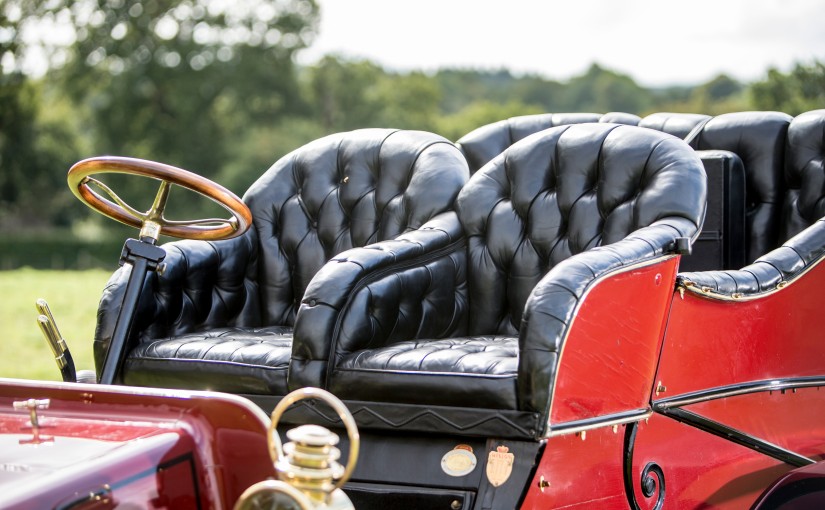 Tim Schofield, Bonhams UK Head of Motor Cars, said: “We’ve got a wonderful selection of exciting veteran cars at this year’s auction, including two vehicles – an 1899 Panhard-Levassor Type M2E 4hp Two-Seater, estimated at £300,000-350,000, and an 1899 Star Benz 3½hp Vis-à-Vis, estimated at £60,000-70,000 – that are over 115-years old. It’s an incredible and unusual sale, transporting visitors back to the golden age of motoring.” One of the most advanced cars of its day, the Clement has a long known British history, now returning to the UK from American ownership. Its very earliest days were recorded in the programme for the London to Brighton Run in 1934.

The auction also boasts a magnificent 1904 Napier Model D45 12HP Side-Entrance Four-Cylinder Tourer, one of the few Napier models that were assembled in period in America. It has been part of three major international car collections, has four cylinders, a four speed gearbox, carries five passengers, is exceptionally rare and comes with an enviable record of completed Brighton Runs. It is now offered at an estimate of £350,000-400,000. Further automotive masterpieces from across the century and beyond include a 1904 Columbia Mark XLIII Two-Cylinder Rear-entrance Tonneau, estimated at £90,000-110,000, and what was commonly regarded as America’s premier make of petrol motor car, a 1904 Winton 4¼-Litre 20hp Two-Cylinder Detachable Rear-Entrance Tonneau, estimated at £130,000-160,000. 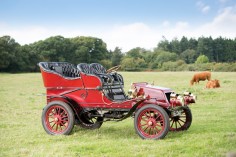 Held on 30th October at Bonhams flagship showroom on 101 New Bond Street, the annual London to Brighton Run Sale will offer over 100 lots of both veteran motor cars and automobilia. The Bonhams London to Brighton Sale celebrates the longest-running motoring event in the world; the London to Brighton Veteran Car Run. The sale exclusively features pre-1905 cars, each eligible for the Run.

Bonhams sale takes place during “London Motor Week” – a series of events hosted by the world famous Royal Automobile Club which also includes the London to Brighton Veteran Car Run, a Literary Festival, Motoring Forum and the Regent Street Motor Show. The first Run took place in 1896, and since then it has taken place almost every year since it’s 1927 revival.
More information on the Run can be found at www.veterancarrun.com. For further information on Bonhams motoring department, visit: https://www.bonhams.com/departments/MOT-CAR/