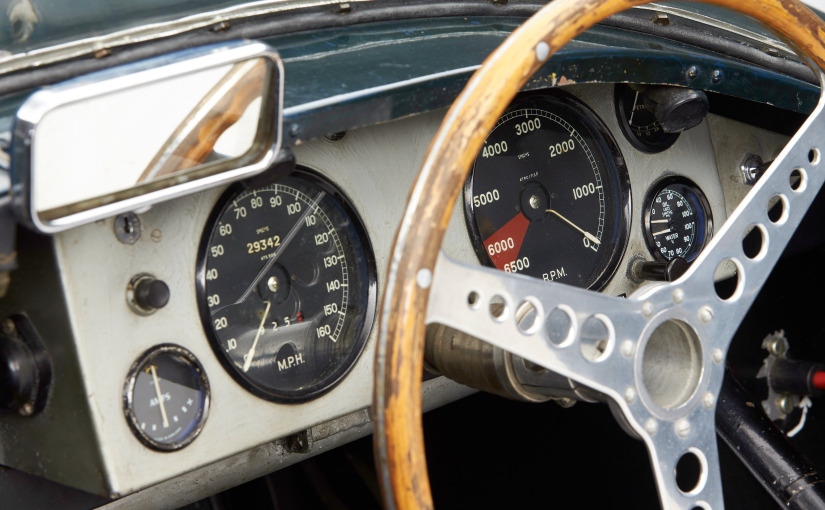 The Jaguar world at large has long accepted a contemporary works team anecdote that a subsequent body swap saw chassis ‘XKC 011’ fitted with the body from sister car ‘XKC 047’, which had itself been campaigned by the Belgian Ecurie Francorchamps team during the 1953 Sports Car World Championship season. As works prepared, and tended by Jaguar factory team mechanics, ‘XKC 047’ competed in two 1953 24-Hour races – at Le Mans and at Spa-Francorchamps – plus the ADAC 1,000 Kilometres classic at the Nürburgring in Germany. ‘XKC 047’ finished 9th overall in the great French race, co-driven by its formal owner Roger Laurent / Baron Charles de Tornaco. At Spa Laurent shared it with future Ferrari personality Jacques Swaters and at the Nürburgring with Ferrari’s great future three-time Le Mans-winner Olivier Gendebien.
Bonhams’ comprehensive investigation of ‘XKC 011’ (aka ‘POV 114’) to be offered at Monaco, initially revealed evidence identifying its chassis as having been the works team car which substituted at the last moment as the Ecurie Francorchamps entry in the 1954 Le Mans 24-Hour race. After our attention was drawn to other features of the car, further inspection now indicates that such participation is in fact debatable.

It is therefore probable that ‘XKC 011’ as now offered by Bonhams is not really a split-identity car at all. Present opinion is that it is likely the 1953 car, chassis ‘XKC 047’ – still bearing its original, complete ‘K 1047’ body – subsequently re-stamped ‘XKC 011’ at the factory before delivery to Dunlop in 1955.
‘POV 114’ continued to be maintained by the factory when it served as a test car for Dunlop, and during its club-racing days in the hands of owner-drivers Mike Salmon, Gordon Lee and Robin Sturgess into the 1960s.
It was acquired by the Griffiths family in 1963 and it is to be offered at Monaco direct from this self-same ownership, 53 long years later.
Most significantly, it has been preserved virtually untouched in wonderfully well-patinated ‘time machine’ condition to this day. James Knight, Group Motoring Director of Bonhams, commented, “Bonhams has been assisted in its investigation regarding this famous Jaguar C-Type by a wealth of experts, and tremendous thanks are due to British Jaguar authority Den Carlow, motoring writer Marc Noordeloos, Jaguar enthusiast Jeremy McChesney, Chris Keith-Lucas of CKL Engineering Ltd, Gary Pearson of Pearsons Engineering, Australian Jaguar authorities Les Hughes and Terry McGrath, and Andrew Tart of Andrew Tart Motor Engineering.
“While officially sold by the Jaguar factory as ‘XKC 011′, the histories of ‘011′ and ‘047’ – which became intertwined during the preceding 1954 Le Mans race period – have baffled any number of Jaguar enthusiasts and historians over the years. These recent collective efforts – most notably with the total support of the long-term owner – are getting closer to unlocking this exciting mystery in this gloriously-preserved old war-horse’s very early life.”
Bonhams inaugural Monaco Sale will present an exclusive auction of just 40 hand-picked, exceptional motor cars. Timed to coincide with the Monaco Grand Prix Historique, the Sale will take place on 13 May 2016. The venue for this grandest of motoring auctions is the prestigious Fairmont Monte Carlo hotel, overlooking the Grand Prix circuit’s famous ‘Station’ hairpin, scene of so much motor sporting drama.
For further information on Bonhams motor car department visit: www.bonhams.com/cars 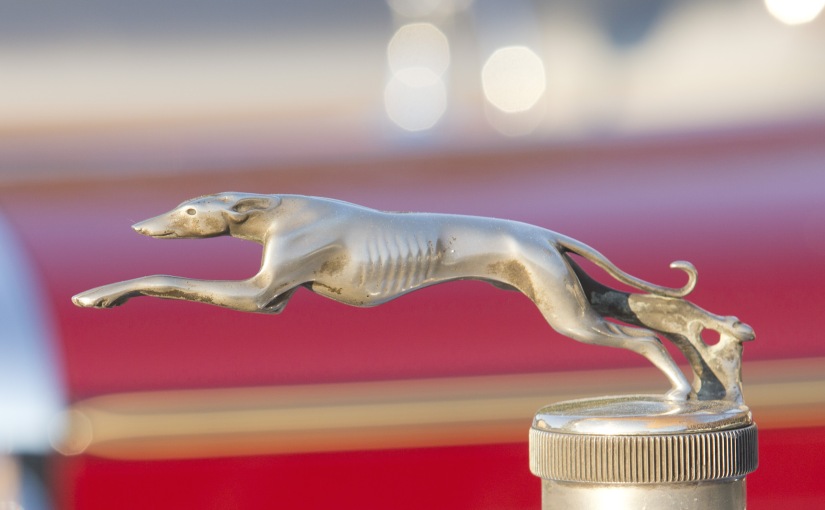 Bonhams is delighted to announce the single-owner sale, the Frederiksen Collection. Based in Denmark, the collection consists of 48 rare and iconic motor cars, all offered at an auction taking place at the home of owner, Danish gentleman, Mr. Henrik Frederiksen.

The sale features predominantly pre-war motor cars, built by some of the worlds most exclusive manufacturers, including Rolls-Royce, Bentley, Mercedes-Benz, Lagonda and Maybach. 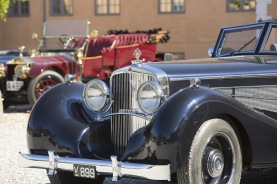 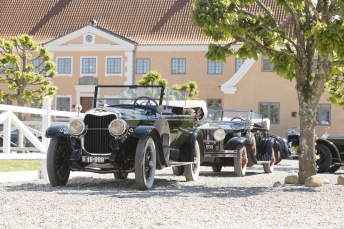 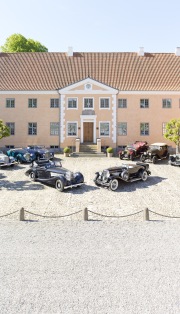 “Mr. Frederiksen has spent several decades building this outstanding collection, so it’s a great privilege for Bonhams to have the opportunity to offer these incredibly rare and meticulously maintained motor cars,” said Jakob Greisen, head of Bonhams US Motoring Department. “It’s certainly one of Europe’s most important motoring collections, with several of these outstanding vehicles having received internationally recognized awards at Pebble Beach and Villa d’Este.”

Housed on the grounds of Lyngsbækgaard, a 16th century manor house built for Danish Royalty, the collection offers access to a personal museum of motor cars from pivotal points in early motoring history.  “I think cars are a kind of art,” said Mr. Frederiksen. “I think they’re beautiful. I’ve always bought with the heart and not with the brain, I go with what I like, so no ‘one’ is my favourite.

“Also, I’ve never sold a car before, so this is a first for me. I’ve used the ex-J.D. Rockefeller Bentley and the Cadillac the most, so I’ll be sad to see them go. I’ve been in the motoring world for a long time now, but it’s time for that door to close and a new one to open. I like the way Bonhams do things, so it was easy to make that choice.” 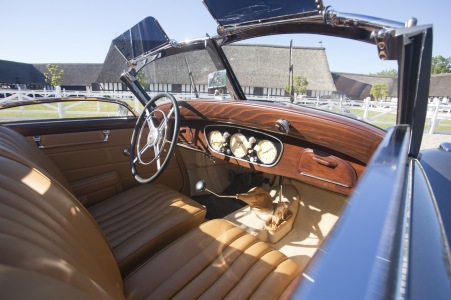 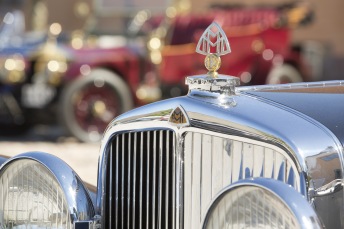 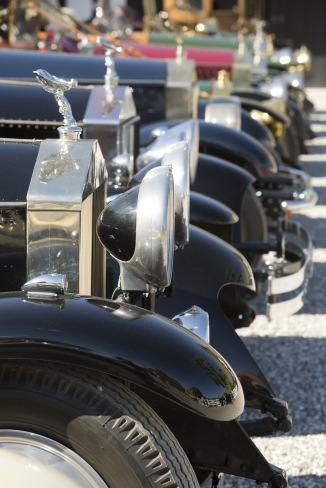 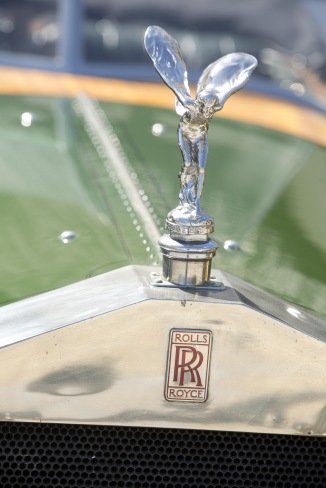 “Rarely does one see a single-owner collection that showcases such a broad variety of important brands, and yet still keeps to such a clear, historic theme where manufacturers pursue motoring perfection. It’s truly remarkable,” said Bonhams co-chairman, Malcolm Barber.

From a 1905 Woods Electric Queen Victoria Brougham, to a 1974 Citroën DS 23 Pallas, the collection provides a fascinating look at the evolution of motoring, including vehicles of considerable rarity, such as Pebble Beach Concours winner, the 1939 Lagonda LG6 Rapide Drophead. 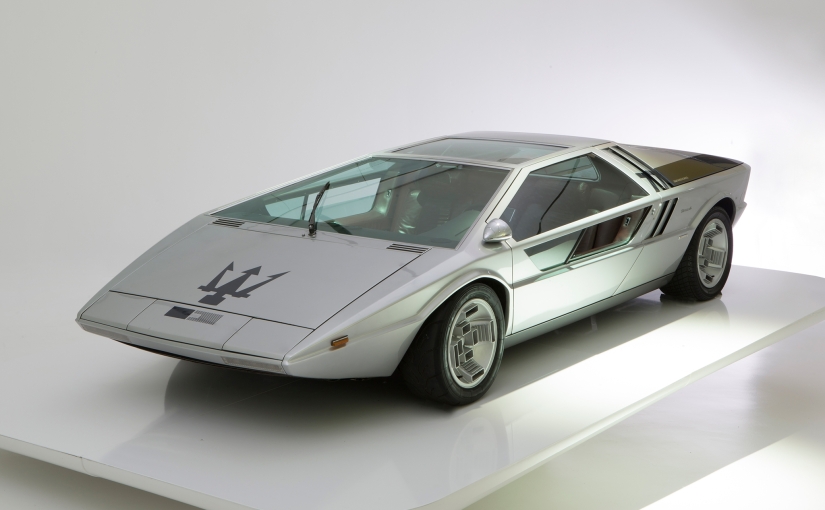 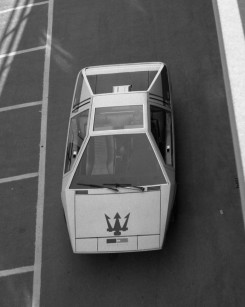 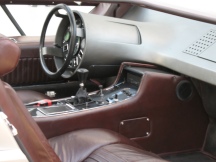 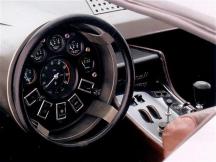 A signature concept car of the 1970s, the Maserati Boomerang was a one-off prototype unlike anything seen before. Using geometric shapes and ruler straight lines, its angular style made a strong statement at the 1971 Turin Motor Show. Now the Boomerang is set to cause a stir once again as a highlight lot of Bonhams 5 September Chantilly Sale.

Philip Kantor, Bonhams European Head of Motoring, said: “The Boomerang was the first car of its time to create such a strong, angular style statement. It’s considered by many to be one of the most remarkable designs of the 20th century and the ‘grandfather’ to the Volkswagen Golf Mk 1. The Boomerang has been shown at many world-class events including exhibitions and concours d’élégance such as Villa d’Este and Pebble Beach, and is now offered at Bonhams first ever sale in Chantilly.”

First unveiled at the 1971 Turin Motor show, the Boomerang was also exhibited at the 1972 Geneva Motor Show, this time transformed to a fully operational vehicle. Developed over the chassis of the Maserati Bora, the Boomerang boasted an impressive 300bhp, and a top speed of 300km/h. With the V8 engine, the Boomerang took the best of Maserati mechanics and combined it with the imagination of Giorgetto Giugiaro. These elements created a fully functional, one-of-a-kind masterpiece.

Giugiaro was discovered by Fiat Technical Director, Dante Giacosta, who, impressed by the artist’s work at art school, offered him a chance to join Fiat’s Styling Office. In 1959, four years later and at the age of 21, the talented Giugiaro was offered a position as manager of the Bertone Design Centre, where he honed his craft by creating designs for the likes of Aston Martin, Jaguar, Ferrari, and Maserati – this grounding later lead to the innovative design of the Maserati Boomerang. 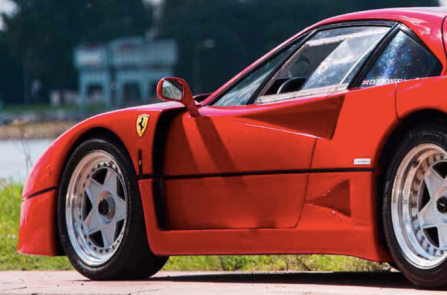 Bonhams, on auction October 10 in Belgium the Ferrari F40 owned by Nigel Mansell.

The Ferrari F40 is definitely one of the cars that have attracted more headlines and whose name immediately brings us back to an image and an era.

Produced between 1987 and 1998 and Pininfarina coachwork, was created to celebrate the first forty years of the Ferrari. First road car from Maranello to be built with composite materials such as Kevlar (frame), fiberglass (body), resins Aviation (tanks) and plexiglass for the side windows. It was the last Ferrari with turbo engine until 2014 with the release of the Ferrari California T, and the car homologated faster of his time with 324 km / h, only surpassed in 1991 by the Bugatti EB110.

The engine is an 8-cylinder V-90 degrees, displacement of 2936.2 cc, supercharged by two IHI turbochargers, distribution double overhead camshaft per bank, four valves per cylinder with two injectors per cylinder. The maximum power is 478 hp at 7000 rev / min. The gearbox is 5-speed manual. The Ferrari F40 at auction by Bonhams was a welcome gift by Maranello to Nigel Mansell in 1989. Nigel just at the end of 1988 he left Williams for Ferrari and reciprocated with the victory in the first race of the ’89 season, Brazil Gp.

The Ferrari Classische certification (released in 2008) confirms that the car have its original color (Rosso Corsa), chassis and body (not repaired), engine, transmission, wheels, Koni suspension and Brembo brakes. The only significant change for the interior, originally in red cloth, now covered in beige leather. This beautiful F40 represents a wonderful opportunity to own a Ferrari historical but also that you have on your hands a fireball worthy of the pilot who owned it. The estimate is € 600 thousand to 800 thousand. 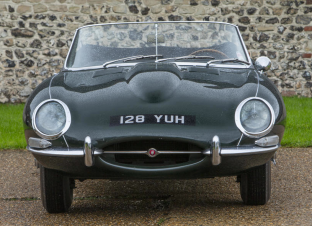 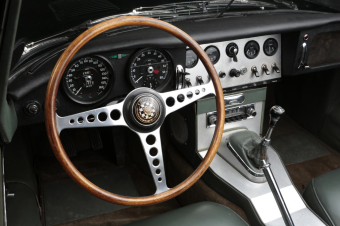 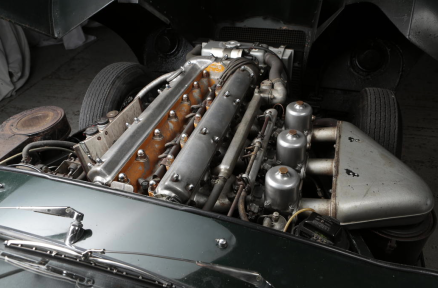 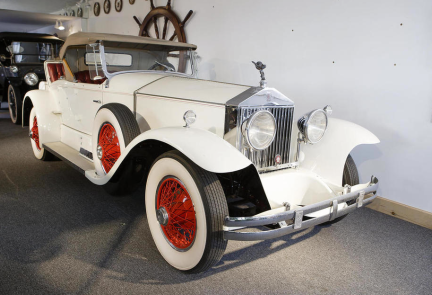 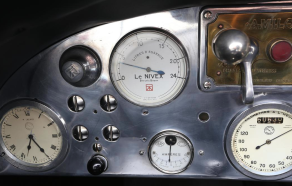 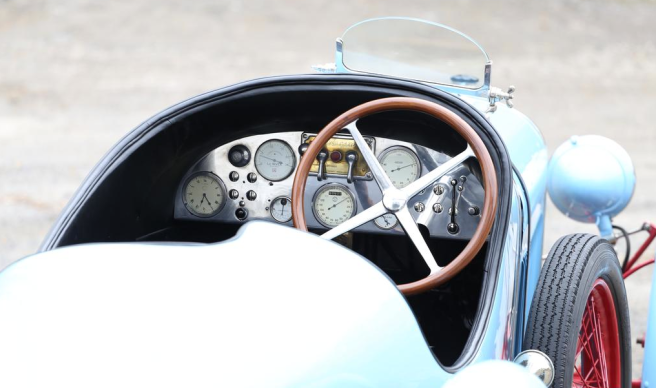 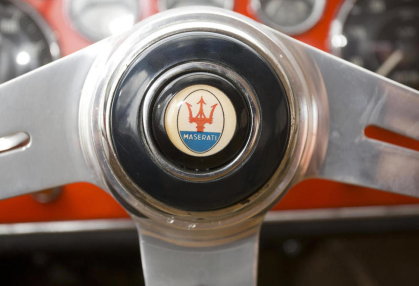 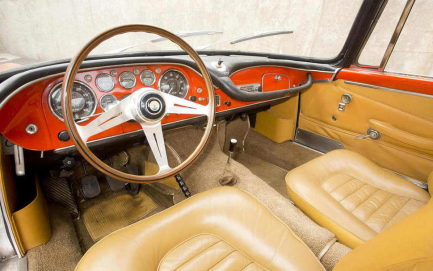